What is Endometrial Ablation?

Endometrial ablation is a surgical procedure to destroy the lining of the uterus (endometrium). Ablation is used to treat abnormal uterine bleeding, premenstrual syndrome, and painful periods. This form of treatment is not a first-line therapy, and is usually reserved as a solution when other methods have not brought satisfactory results.

Why Do I Need Endometrial Ablation surgery?

This procedure may be recommended if you have heavy or long periods, or abnormal bleeding that negative affects your daily life and activities, or causes anemia (low blood count).

What are the Risks and Side Effects of Endometrial Ablation?

Who Should Not Have Endometrial Ablation Surgery?

Will Endometrial Ablation Surgery Stop Me from Having my Period?

While the main goal of the surgery is to minimize or lessen the bleeding from menstruation, 10% of those women that have ablation surgery stop having their period. 70% of women that undergo endometrial ablation have significantly reduced bleeding. It is important to note that endometrial ablation is not used to stop you from having your period completely, but 10% of patients see this result.

Can I Get Pregnant After Endometrial Ablation? 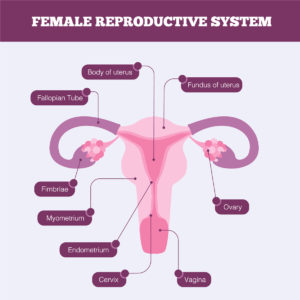 How Long Does it Take to Recovery after Endometrial Ablation Surgery?

Recovery time after endometrial ablation surgery is minimal, and you should be able to return to your normal routine in 3 days, in most cases. Allow for up to 2 weeks to recover fully physically, and to return to exercise and physical tasks.

There are several ways a gynecology surgical consultant may choose to perform an endometrial ablation, including:

Also called electrocautery, electrosurgery for endometrial ablation uses an electric wire loop or a roller ball. The instrument cauterizes the lining of the uterus, destroying the tissue.

Similar to electrosurgery, an instrument or a probe is chilled to a temperature low enough to freeze and destroy tissue of the lining of the uterus.

Also called fluid or hydrothermal ablation, this is a procedure where heated fluid is pumped into the uterus to destroy its lining.

Very similar to the free flowing hot fluid procedure, the heated balloon procedure utilizes heated fluid within a balloon that is delivered to the uterus via a catheter.

With MEA endometrial ablation, microwaves are used to destroy the lining of the uterus. Microwaves are delivered via an instrument/probe.

Very similar to (MEA), Radiofrequency ablation utilizes radio waves to destroy the lining of the uterus.

Do You Have Questions or Concerns About Endometrial Ablation?
Call or contact us to speak with our gynecological surgery consultants (602) 358-8588

Speak to a Surgical Consultant